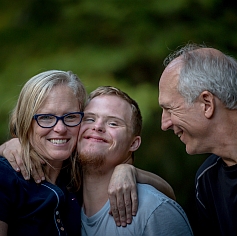 Making a difference: Some Client Stories

These stories are just a snapshot in people’s lives about how we help with a specific problem they are having with Work and Income.

Tina’s mother and father had separated and her mother had moved to the North Island. After this, she lived with her father and brother. She was sexually abused by both of them. At the age of 14 she was taken in by the mother of a friend, Carol, and went to live at her home.

Having to support an extra teenager put a strain on Carol’s budget and she applied for an unsupported child’s benefit in respect of Tina. This benefit is payable, among other things, where the principal caregiver of a child is not the child’s natural, adoptive, or step-parent and, because of a breakdown in the child’s family, and there is no such parent able to care for or provide fully for the child.

The manager of the local Work and Income office, to whom such decisions are delegated, rejected Carol’s application. He relied on two sources of information to decide whether there had been a breakdown in Tina’s family. The first was a report prepared by the Children, Young Persons and their Families Service (“CYPS”). The second was a report prepared by an external assessment provider, the Life Unlimited Trust. (This was the set pattern for such cases until April 2017, after which any case involving abuse must be referred to the new Ministry for Vulnerable Children, Oranga Tamariki.)

When we applied to have this decision reviewed by a benefits review committee, the manager’s response was that the decision would not be reversed but “if you think there’s something going on, ring the Police”. (The Police are involved, but months’ later, their investigation is still underway). At first, we were even refused access to the report by CYPS on “privacy” grounds for purposes of the review hearing. This was an obvious nonsense but took time to resolve.

The CYPS report, once we saw it, was not favourable (largely because Tina was allegedly exhibiting some unsafe behaviour that we thought was entirely consistent with her life experience). In contrast, the Life Unlimited report, prepared by a professionally qualified social worker, supported Carol’s application. In our long experience, Work and Income almost always follow the recommendations of the Life Unlimited report in such cases and the Social Security Appeal Authority has held that they are entitled to do so. But in this case, the manager rejected the report, failed to respond to repeated attempts to discuss the issue and refused to reverse his decision.

We prepared our legal case for review. Immediately before the benefits review hearing was due to take place, however, Work and Income conceded that Carol was – and always had been – entitled to an unsupported child’s benefit on Tina’s behalf. She was “back paid” over $15,000 on the day before the review was set down for hearing. Carol was excited because at last she could afford to buy a proper bed for Tina.

Aspects of the case still continue, however. After the decision to back pay unsupported child’s benefit, for reasons which remained obscure, Work and Income set a further CYPS report in train. This move caused predictable stress but fortunately the new CYPS report, by a different social worker, contradicted the original and painted a glowing picture of Tina’s new life. Tina, it reported, had never been happier in her entire life.

We have laid a formal complaint concerning the manager’s failure to respond to our attempts to communicate and resolve the issue. Unlike accident compensation claimants, beneficiaries (except for veterans) do not have the benefit of a legally enforceable Code of Rights in their dealings with Work and Income so such complaints – and ultimately recourse to the Ombudsman – are the only avenue for redress.

Kaia’s Story – Having a debt written off

A benefit called the supported living payment, sometimes called the carers’ allowance, is available to some people who care for a person at home who would otherwise need hospital-level, rest home, or residential care or the equivalent. (The rather brutal rationale is that it would cost the state much more if the person who is being cared for required residential care.)

Kaia had been caring for her mother at home and received the supported living payment. When her mother needed residential care, and moved into a rest home, she informed Work and Income straight away and told them to stop the benefit payments. She transferred to another benefit and worked part-time. Having fully disclosed her circumstances, she assumed that the amount she was receiving from Work and Income was correct. In fact, however, and unbeknown to Kaia, the supported living payment continued to be paid into her bank account and she spent the amount on every day costs.

After a while, Work and Income discovered their mistake and established a debt by way of “overpayment” of around $6,500. Kaia, a former client of BAS, tried to resolve this herself but reached no resolution and eventually approached us for advice.

The criteria for “writing off” an overpayment under the Social Security Act 1964 are very strict. Ironically, they were tightened considerably to overturn the result of a successful High Court case brought by BAS under the earlier provisions. Although Your Debt with Us does not refer beneficiaries to the right to have overpayments written off, under section 86 of the Social Security Act 1964 a debt may be written off if, cumulatively, it resulted from an error on the department’s part; the beneficiary did not intentionally contribute to the error; the sum was received in good faith; the beneficiary has changed her position in the belief that the sum would not be repayable; and it would be unfair in the circumstances (including financial circumstances) to permit recovery. Each of these criteria has given rise to a mass of case law, with which beneficiaries (and case managers) would not be at all familiar.

BAS is very familiar with the operation of section 86 and the case law under it. We were able to negotiate with Work and Income on the basis of this provision and satisfy them that Kaia qualified on all counts to have her debt written off. Given how significant that size of debt was for Kaia, with her limited income, she saw this as a great result.

We were left wondering, though, how many other beneficiaries in Kaia’s position would have been unable to challenge the overpayment, lacking representation, and would then have been left with a debt which would need to be repaid over years.

Jessica escaped a violent ex-partner and moved to Christchurch. Initially, she had to rely on the Police to extract her three children from the house they had shared.

Once she was settled into a house, Jessica went to Work and Income to arrange for social security support. She was accompanied by a Police Officer, a representative from Women’s Refuge and her children. She was given many forms to complete and told that this was all she would need to do to receive the sole parent benefit and to re-establish her entitlement to supplementary benefits (accommodation supplement, disability allowance for herself, child disability allowance for her son, Tristan, and temporary additional support).

It should have been clear to Work and Income from her file that she was eligible for child disability allowance and disability allowance for one of her daughters, Hannah, as well. Distraught as she was at the time, she could not remember in detail which forms she had completed on the day. It remained unclear whether the forms were ever offered to her, and completed and then lost, or simply not made available to her.

Over the next few years, Jessica had continual battles in the Family Court as her former partner made life difficult for her. At the same time, she was required to regularly attend Work and Income offices to provide information or renew a benefit and kept them informed. Very occasionally, she applied for a food grant. Meanwhile, the medical costs incurred by her children’s disabilities were a drain on her income, which left her struggling to make ends meet. It was only when her GP recommended that she check her entitlements that Jessica realised that she should have been receiving a child disability allowance and disability allowance for Hannah. She then contacted BAS.

BAS advised Jessica to apply for a child disability allowance and disability allowance for Hannah but also to review when these benefits should first have been granted. The first step was to take a procedural review required because she was out of time (normally a strict three-month time limit applies to social security reviews, starting from the date of the decision, unless there is good reason for the delay). Jessica won the out-of-time review with the assistance of BAS. She had not been fully informed of her rights when she initially approached Work and Income and had reviewed the decision as soon as she realised there was a mistake.

BAS is still assisting Jessica with the disability allowance issue.

Moana was receiving Jobseekers Support, previously the unemployment benefit. To qualify for this benefit under section 88B of the Social Security Act 1964, the beneficiary must not be in full-time employment; must be available for and seeking full-time employment; and must have taken reasonable steps to find work and be willing to undertake it.

A wide range of work-testing obligations then apply, once the person concerned meets the qualifying criteria.

Moana decided to take up part-time study for eight hours a week whilst she was receiving Jobseekers Support. At this point, once she notified Work and Income, her Jobseeker Support was simply cancelled on the basis that she was not meeting her work test obligations.

This was a complete misreading of the basic elements of entitlement under the legislation. Moana was available for full-time employment, defined as 30 hours a week, whilst studying for eight hours. Several decisions of the Social Security Appeal Authority have dealt with this issue, particularly in the context of “flexibility” under a deregulated labour market. Additionally, students are only ineligible for Jobseeker Support under section 88D of the 1964 Act if they are engaged in study full-time, which is defined as a person enrolled in a full-time course. Effectively, Work and Income had applied the work-testing obligations that are only triggered once a person qualifies for the benefit to override the actual qualifying criteria. They had then ignored the definition of disqualifying full-time study.

We tried repeatedly to contact the assistant service manager for the office in order to point this out but our calls were not returned. Eventually, after we made a formal complaint, Work and Income wrote to us apologising for the delay and reinstating Mona’s benefit in full, including back pay.

Peta’s Story – treatment in a Work and Income office

Peta had been verbally abused by a case manager in an open-plan office in full view and hearing of others, whilst applying for Jobseeker Support. She left the office in understandable distress and came to BAS. We took the matter up with the regional service manager for Work and Income and Peta received a written apology for the treatment. This simple recognition of their mistreatment was a positive outcome for her in terms of her self-esteem. She has just found herself a job.